5 Workplace Do’s and Dont's from “The Office”

Some may argue that there’s no better example of “what not to do” in the workplace than found in a few episodes of “The Office.” If ever in doubt about one’s conduct, a simple click of the remote can provide ample material of what to avoid saying or doing to be more successful on the job. We at Brandner often use these following “do’s” and “don’ts” to remind us of the (thick) line between professionalism and fun, even on the roughest of Monday’s. You can thank us later. Or send chocolates. We’d honestly prefer chocolates.

Don’t:
Date Your Coworker’s Mom
Michael crosses all work boundaries when he dates the mother of his employee Pam. As if this isn't bad enough, he then proceeds to take Pam and her husband (also another coworker) on a double date with her own mother. Office jokes ensue, and awkward tensions rise.

Do:
Keep Office Relationships to a Minimum
The only office relationships allowed around here are between the head honchos, aka Mr. and Mrs. B. You can imagine all complaints to HR have been taken well.

Don’t:
Hit Your Employees With Your Car
Michael hits one of his employees with his car in the parking lot, resulting in a pelvic fracture. In response to this injury, Dwight attempts to soothe his manager with comments like “it’s only Meredith.” Another coworker, Angela, responds with a similar level of sympathy when asked to visit Meredith, saying “I need to spend time with my cat”. Apparently, empathy is not an encouraged emotion in their office.

Do:
Politely Correct Your Coworker’s Horrible Parking
While we’re pretty perfect at most things here at Brandner, parking is not always our strong suit. That’s why we call it out right away, leaving no mediocre parking job left unchecked. Often you’ll see two coworkers laughing in the parking lot after working, one having been boxed in as a practical joke. Oh the humor!

Don’t:
Leave Your Feces in a Coworker’s Office
In one of the more iconic episodes of the series, Michael’s office is filled with an overwhelmingly powerful scent, the source of which is unknown. The smell is later discovered to be human poop. This “do-not” should really speak for itself.

Do:
Surprise Your Coworkers With Their Favorite Treats
Last month was Halloween, which meant it was time for our annual “booing.” Yes, you heard that right, we “boo” each other quite often during the month of October. No, not in the same way we booed the referees during the 2006 Super Bowl. Rather, we fill each other's desks with a plethora of unnecessary things, eat chocolates and sing “Kumbaya.”

Don’t:
Make Your Coworker’s Wedding About You
Phyllis invites her coworkers to her wedding, a kind gesture that is usually indicative of healthy friendships in the workplace. This was a decision she most likely regretted the second the evening was over. She was upstaged by a coworker, who showed up in a white gown. Then, in the middle of her wedding ceremony, she was interrupted by Michael as he prematurely introduced the newlyweds. Throughout the rest of the evening, office mates can be seen placing their names on other guests’ gifts, kicking out fellow guests on false wedding crashing accusations, and giving incredibly uncomfortable toasts while refusing to leave the stage.

Do:
Be the Life of the Party
*Around here, the motto is, “If you walk into a room without bringing the party, don’t bother walking in at all.” We take pride in the amount of fun we have together, especially at office weddings. Pictured below is an image of us at a recent coworker’s wedding. As you can see, none of us wore white, and the happy couple is happier than ever.

Don’t:
Role Play Your Coworker’s Birth
In preparation for Jan’s baby shower, Michael and Dwight take over the entire office with emergency route planning, breathing techniques and contraction updates for Dwight’s “birth” of a watermelon. This is then followed by an in-office “live birth,” where Michael aids in the delivery of his “child.” While knowing the best way to get to the hospital when you have a pregnant coworker around may be considered thoughtful, Jan had already given birth, making this entire situation a large and pointless distraction. Not to mention, it should have probably been brought up with HR that Dwight removed his pants after his “water broke.”

Do:
Only Make a Reasonable Amount of Pregnancy Jokes
While it’s true that over the last five years Brandner has felt like a fertility clinic (nine pregnancies in total), we like to keep our witty banter about reproduction to a professional level. However, we did create on office pool betting on when our coworker would go into labor. Don’t worry, we have another baby being born next month – there’s still time to place your bets for that one. 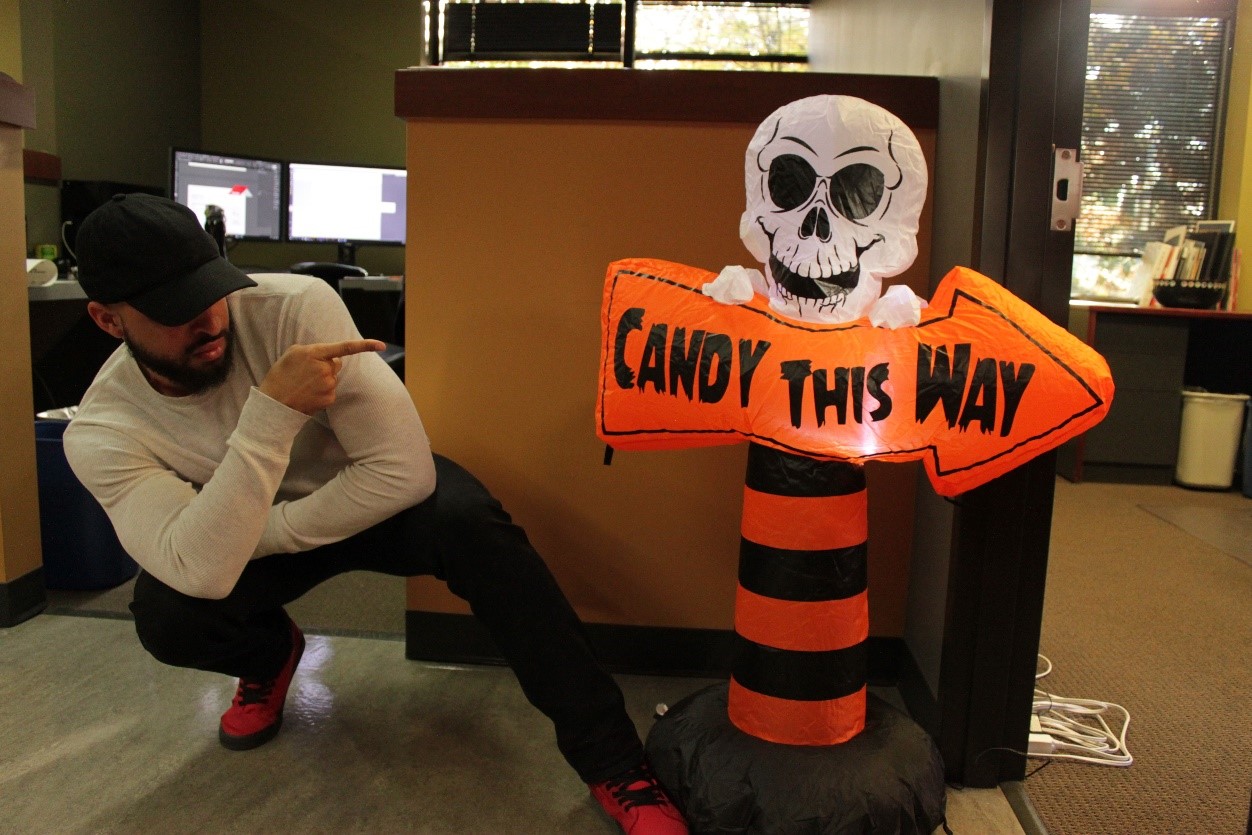