What Soccer Star Tim Howard Can Teach You About Brand Building

He’s been called a hero, the U.S. Secretary of Defense, and a national treasure for his elite goalkeeping—but the name Tim Howard is new to most American sports fans. It took over 15 years and a record-setting, 16-save World Cup performance in the U.S. versus Belgium match for the 35-year-old veteran goalkeeper to explode onto the American sports scene.

During the course of the historic match, more than 1.8 million people tweeted about Tim Howard, the popular #ThingsTimHowardCouldSave meme began trending worldwide and a petition was enacted to change the name of Washington National Airport to “Tim Howard National Airport.” It’s no wonder Howard is reported to be cashing in on major national brand endorsements that could bring in a few million dollars in the next couple of months alone.

While Howard’s sudden rise to sports star status has him at the top of marketers’ agendas, he was busy writing himself into American sports lore long before the 2014 World Cup using principles that can benefit any brand.

Whether your brand is in the business or sports world, getting ahead of the competition isn’t easy. Inconsistency is often a good enough reason for coaches or customers to take their business elsewhere. That’s why it’s so important to adhere to a quality product or service, and work tirelessly towards building that brand.

If you’re a Seahawks fan like we are out here in the Pacific Northwest, this is Coach Pete Carroll’s “Win Forever” philosophy. If you’re Tim Howard, it’s earning over 100 clean sheets, continual contract extensions with the Premier League’s Everton Club and the most international caps of any U.S. goalkeeper to keep opportunities in the limelight coming.

Perform when it counts

Howard’s reputation as one of the top 5 goalkeepers in the world was well established before his fame in America. But if he hadn’t performed when it counted, his superstar status wouldn’t have crossed the waters from Europe.

For brands, there’s a lot to be learned from Howard’s outlook on performance. “People’s perception of me may have changed in the past two weeks, but I haven’t changed a bit,” said Howard in the July edition of AdWeek. Delivering when the pressure is on is Howard’s expectation—not the exception—and that’s a good position to be in. Set a foundation for over delivering, and your brand will gain recognition in time.

Stay true to your brand

It’s Howard’s moment, but he’s not rushing into sponsorships that don’t fit who he is as a person. His agent says they’re only looking into deals that are consistent with his down-to-earth, hardworking brand, and it’s a wise move. Deviating from your brand can lead to momentary excitement, but the fundamentals that first propelled your brand will help you preserve through inevitable setbacks.

As Howard said in the conclusion of his AdWeek interview, “Stay humble, stay grounded, remember what got you to that level—and that’s hard work.” 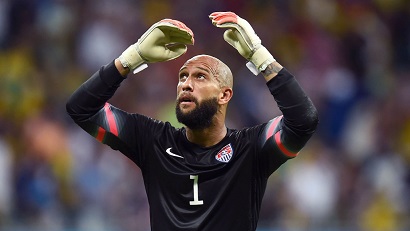